Press releases are an opportunity to harness the power of words to make your small business stand out from the crowd. In a world of noise and distraction, press releases communicate your story in a way that captures attention and holds it until they’ve read everything you have to say. And when people have something interesting to talk about, they’ll share their thoughts with others through social media, making the press release a promotional powerhouse. Here’s how you can write one that gets results:

1) Address a specific need in society or solve a problem in a creative way. Give people reason to sit up and take notice by providing information they simply can’t live without. If it goes without saying, don’t bother including it. Instead, think about what value there is in what you offer and let that be the focus of your writing.

2) Address newsworthy events, not just random information. If there’s no topical event to anchor it, don’t bother wasting your time. Make sure that you’re aware of current affairs before starting any kind of press release, even if it’s for something as seemingly disconnected from current events. Without this hook, nobody will read your story.

3) Stay away from listicles. People are far more likely to remember an article with a narrative structure rather than bullet points or numbered lists.

4) Decide whether you want to be concise, conversational or formal. Each style has its advantages and disadvantages in terms of readability. If you’re writing for a large publication with an audience that’s interested in the nitty-gritty, stick with being concise. For other audiences, opt for being conversational to create a more personable tone of voice and leave the scientific jargon out of it. Alternatively, if your business is high profile or prestigious then go formal.

5) Be consistent in terms of formatting and language use throughout your press release. It’s important that you’re using words that communicate exactly what you mean to say. You don’t want to come across as a mess of mismatched thoughts and poor formatting, especially if you’re pitching your release to a large publication with a discriminating audience.

6) Keep your press release short. Make it interesting and hook the reader immediately rather than holding their hand through every thought in your mind. If possible, get straight to the point without wasting words on preliminaries which will only bore the reader. You don’t need to write a novella for it to be effective – in fact, the shorter the better. Sprinkle relevant keywords throughout and make sure that at least one of those words occurs somewhere near the beginning of your release. This will help it appear higher up on search engine results pages (SERPs). Remember, Google is king when it comes to internet marketing success so pay attention if you want yours to stand out from the crowd.

7) Provide relevant contact details at the end of your press release so that reporters can get in touch for more information or to set up an interview. Include links back to your website and social media profiles where appropriate in order to reinforce awareness of all aspects of your brand identity in one go. Don’t mention your business’ competitors – no matter how often they’re mentioned by the media, it’s better to write about yourself.

8) Don’t be afraid of criticism. If you do something that doesn’t work out quite as planned, understand that this is part and parcel of any business venture. When things don’t go according to plan, stay calm and keep on trucking. Reflect upon what happened in order to improve for next time but don’t waste time worrying about why or how it didn’t work out for you; just accept that there were factors out of your control that hindered success and move on.

9) If you have something negative to say about someone or something else, take a deep breath before saying it. Regardless of how justified you think your criticism is, getting into a war of words with other brands just isn’t worth it. If you want to have a fruitful business launch, walk the high road and don’t engage with other brands on social media; let your press release do the talking instead.

10) Don’t expect your first attempt at writing a press release to be perfect. However, if you follow all of these steps then it won’t matter that much even if it isn’t. The important thing is that you learn from any mistakes as quickly as possible. Most importantly, keep practising and make sure to press send as soon as your release is live.

The press release is an important part of any business launch – it’s the first thing that anyone will see who’s looking for information about your company or product. By following these 10 simple steps, you’ll be able to write a killer press release that stands out from the crowd and helps to increase awareness for your brand. Remember to keep it targeted and focused on your intended audience for maximum impact. Good luck with your PR campaign this year and make sure to let us know how we can help. For more information and questions about press releases, click here.

A Message from Principal 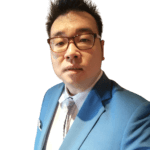 We are a content marketing company that specializes in blog posts, articles, white papers and other types of written content. We work with businesses to help them create engaging content to meet their business goals. For more information about our services please contact us today!